Nature’s capacity is not unlimited; it has a finite capacity for supporting human activities.

Indonesia, the largest archipelagic country in the world, has a vast water area, covering a total of 5.8 million square kilometers.

Indonesia’s territorial waters are more than twice the size of the country’s land area, which constitutes only 2.3 million square kilometers.

Indonesia’s marine habitat is also rich in resources, such as minerals, that are essential in preserving the ecosystem for the huge variety of fish species living in the surrounding waters. According to 2016 data from the Food and Agriculture Organization of the United Nations (FAO), Indonesia is the world’s second biggest fish producer, capable of generating 14.3 million tons of seafood per year. Only China topped Indonesia on the list, with a production capacity of 58.8 million tons per year.

Tiene stressed that Indonesia also needed to be more serious about conserving its marine ecosystems.

“Nature’s capacity is not unlimited; it has a finite capacity for supporting human activities. Therefore, economic development needs to be carried out line with ecological considerations,” she said during a discussion themed ‘Destructive Fishing vs. Conservation: Conflicting or Adjacent Issues?’ at the @america cultural center at the Pacific Place shopping center in Sudirman, Central Jakarta, recently.

The beautiful and exotic Raja Ampat area in Papua has also become an area which has been affected by such destructive fishing practices as well.

The economic consequences of the continuous destructive fishing practices are enormous, Tiene explained.

“Catching fish using such explosives can bring in profits amounting to US$15,000 per square kilometer per year. The annual financial losses caused by such practices, on the other hand, amount to $500,000 for the tourism sector, $150,000 for coastal area protection, as well as $100,000 for income from fish catchment,” Tiene said.

“It takes approximately 50 years for coral reefs to be restored after they have been destroyed,” Tiene said. 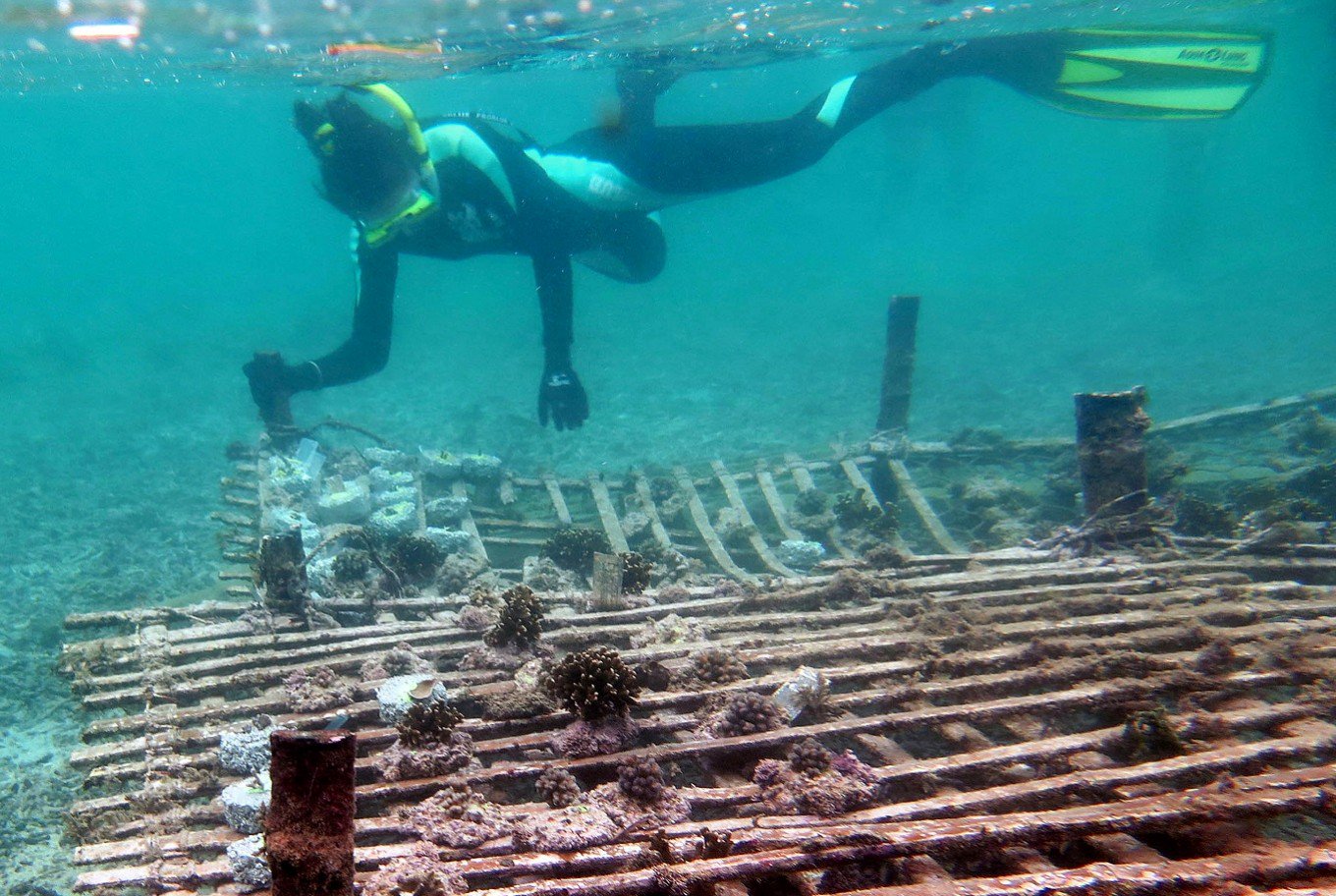 Preserving: A local marine conservationist volunteer inspects coral transplantation site in the waters of Kondang Merak on the coast of Malang, East Java.

A research study by Cornell University ecologist David Pimentel estimates that 62 million deaths per year, equal 40 percent of total mortality, can be attributed to environmental factors, particularly organic and chemical pollutants that accumulate in the water.

In other words, pollutant accumulation is serious business.

“The concentration of pollutants increases by 10 million times after it goes up from little plankton at the bottom of the food chain to human beings on top of the chain,” Tiene said.

Meanwhile, a researcher from the Destructive Fishing Watch Indonesia, Muhamad Arifudin, said during the discussion that the patterns of destructive fishing practices in Indonesia were different in each fishing area and region. 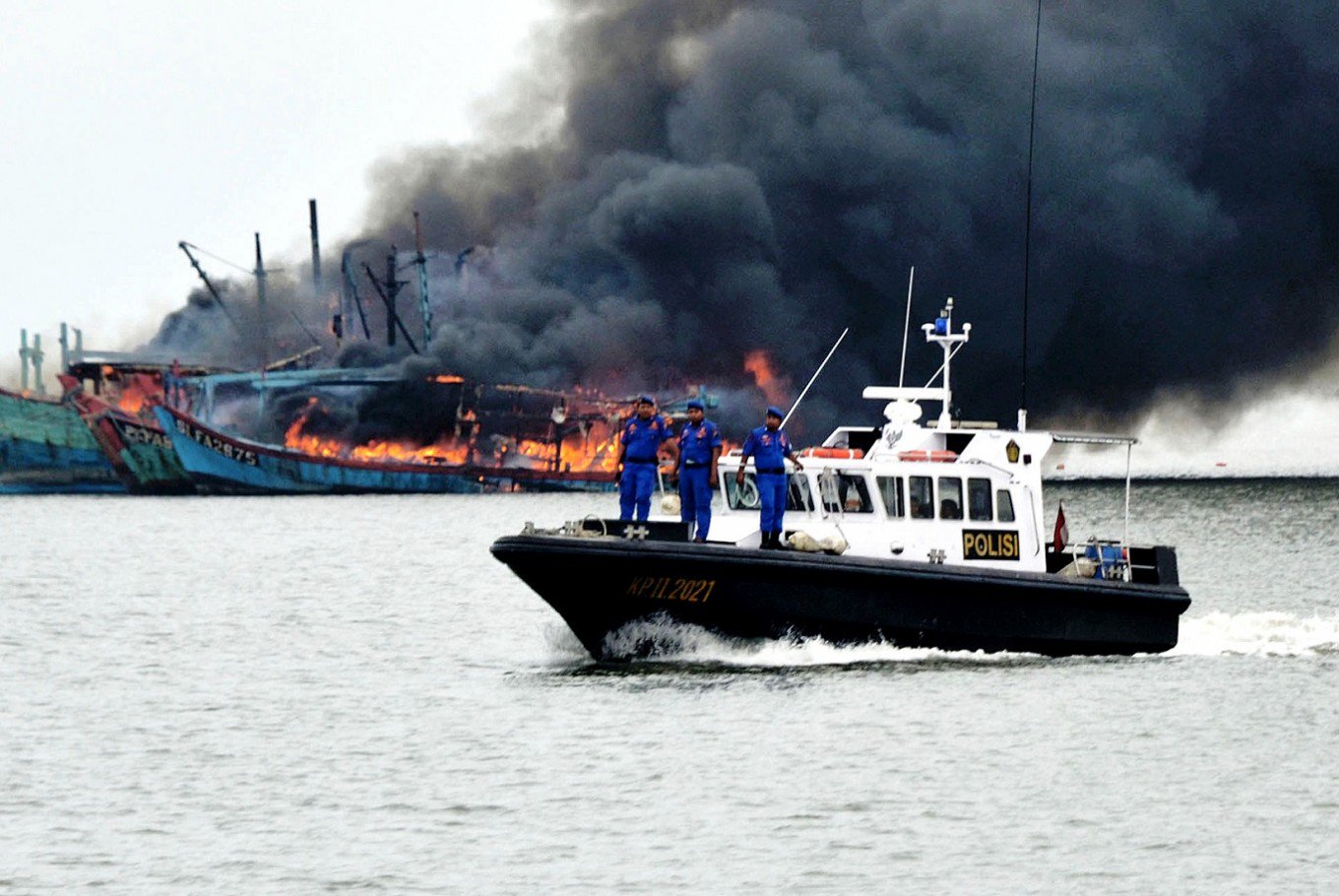 “The majority of the fishermen using destructive fishing practices are small ones who do not have the skills for more environmentally friendly fish-catching methods. These destructive practices are being transferred from one generation of fishermen to the next,” Muhamad said.

For Maritime Affairs and Fisheries Ministry Fish Catchment General Director Sjarief Widjaja, however, the lack of environmentally friendly fish catching skills from the fishermen is not the only factor that has hindered Indonesia from being able to preserve its marine habitats.

Sjarief also blamed the destructive practice of illegal fishing, which hurts supply, and the presence of devious middlemen, who force small-scale fishermen, who constitute 60 percent of the total 2.7 million fishermen, to catch a large quantity of fish in the cheapest way possible.

To put an end to these destructive practices, Sjarief said the government had been implementing a number of programs that aimed to combat illegal fishing and to provide environmentally friendlier fish catching equipment to small-scale fishermen.

“To accomplish significant change has been difficult due to the heterogeneity of our society. In most cases, these fishermen sell their new equipment for money right after we provide them with training on how to use it,” Sjarief said.

Tiene said that she wanted to encourage consumers to be smarter and to ban fishes that were caught in an environmentally destructive way.

“You should buy fresh fish, despite the fact that they are a little more expensive, because by doing this, you help to decrease demand for fish caught in a destructive manner, thereby reducing the prevalence of such practices,” she said. 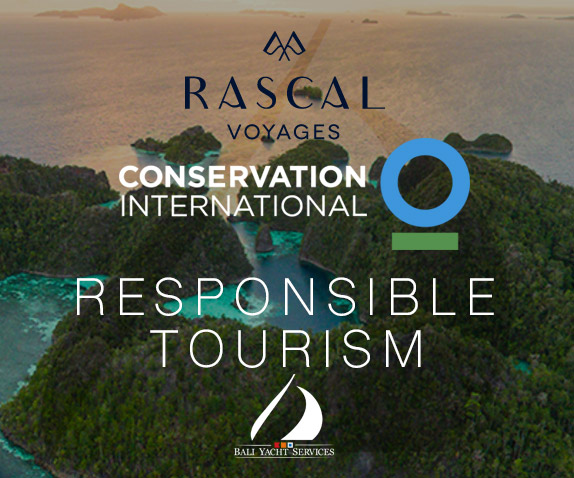 Mangroves: Lungs of the Sea